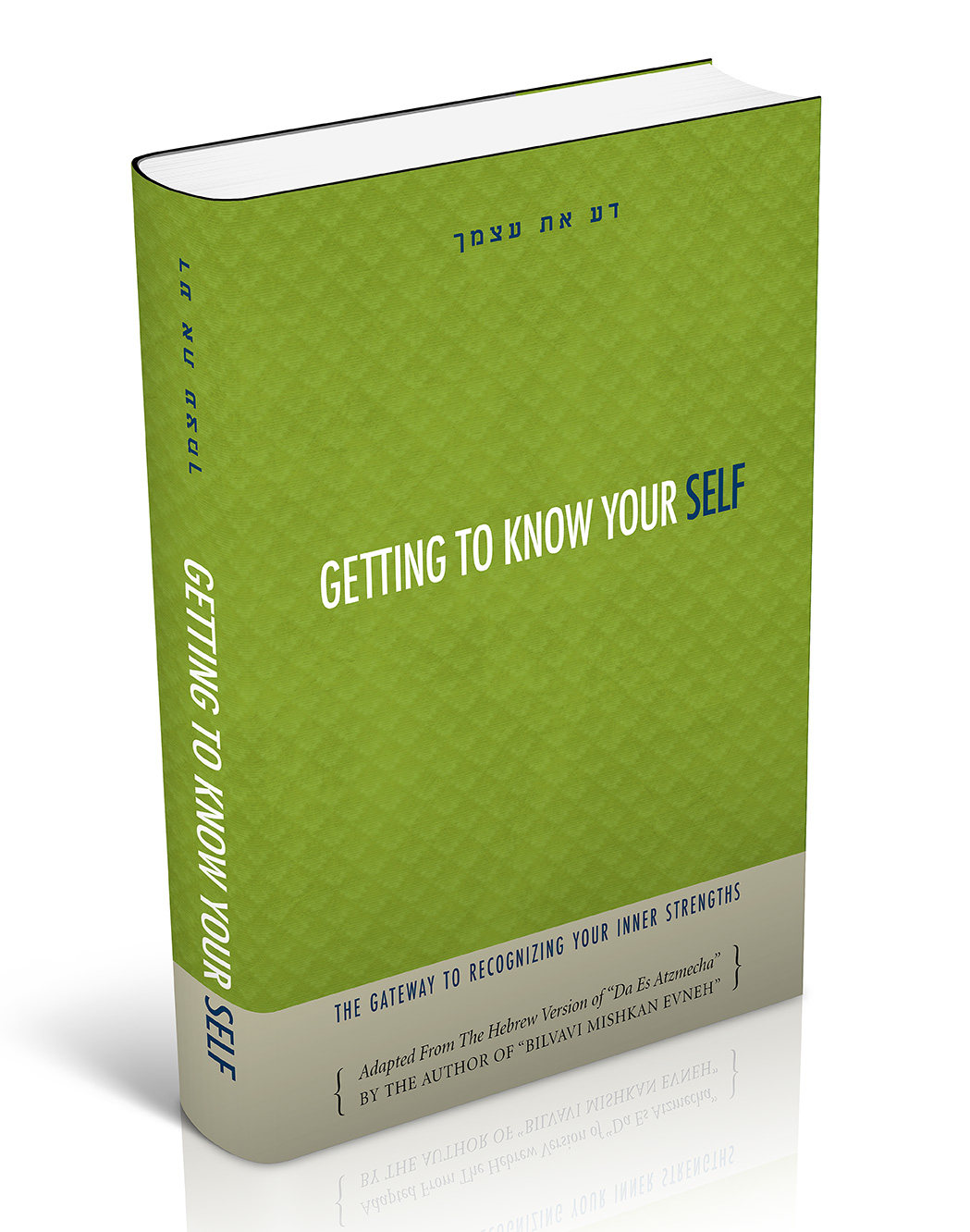 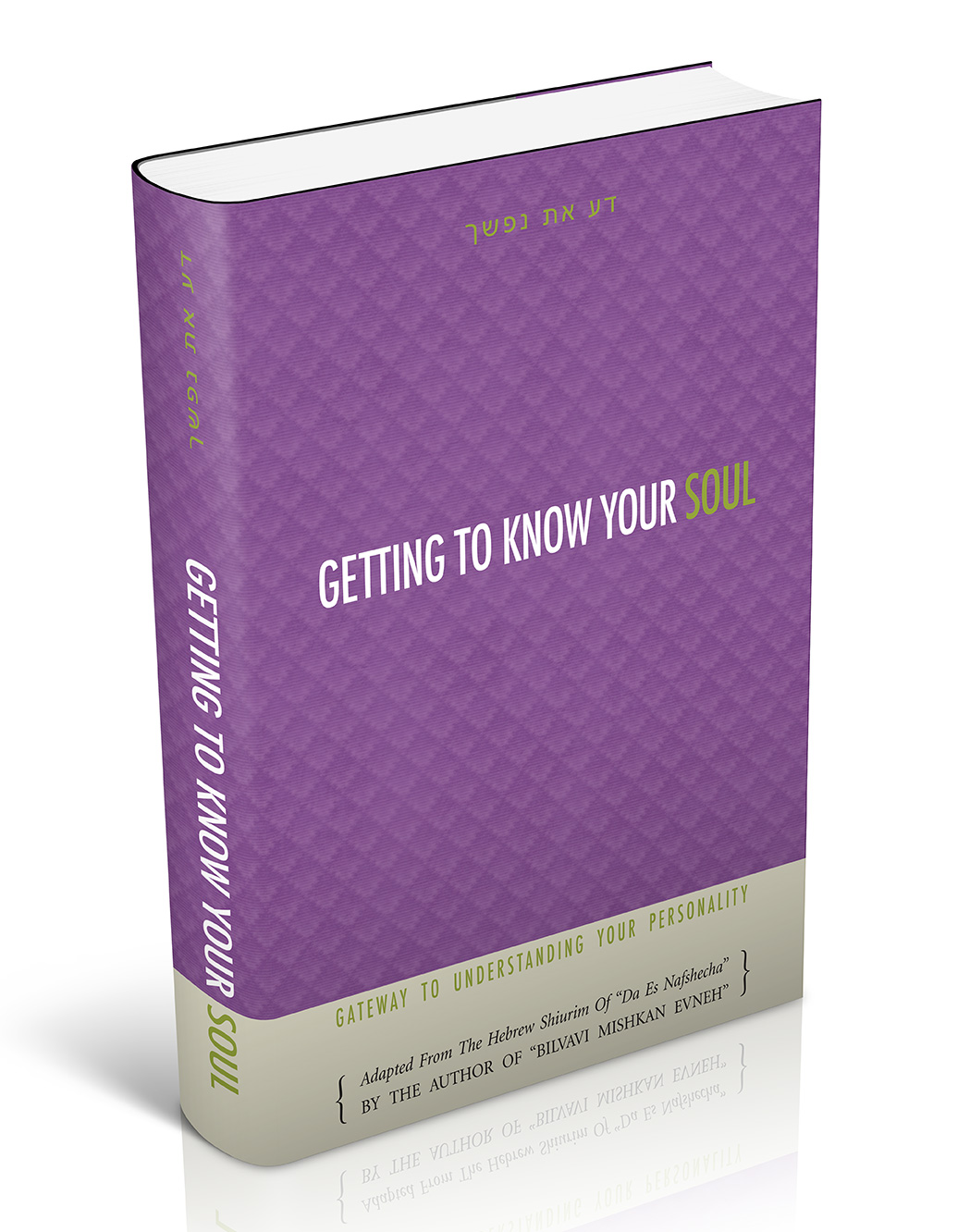 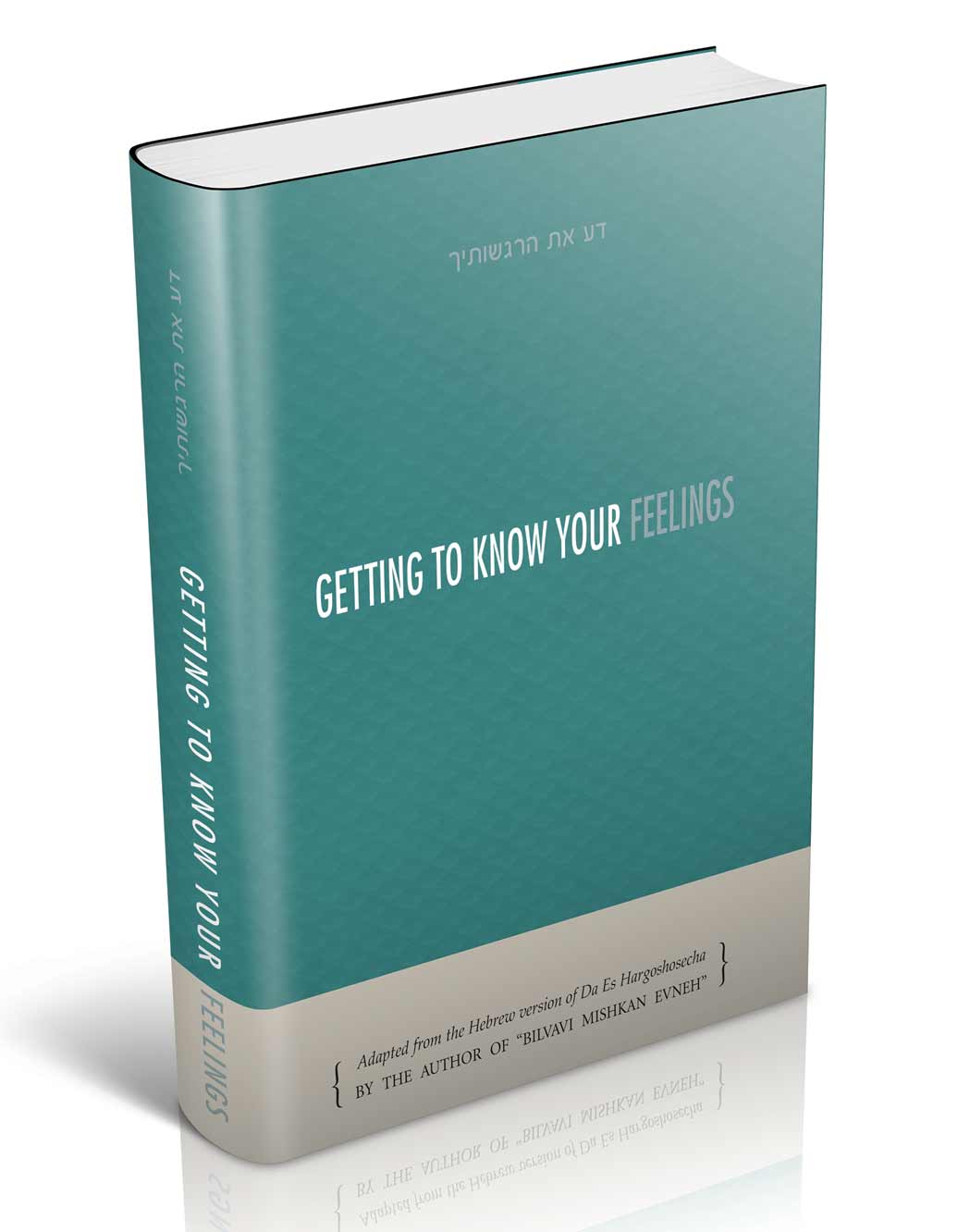 The first sefer in this series “Getting to Know Your Self”  דע את עצמך is a general introduction to the very idea of self-recognition & attaining inner quiet and should be studied before the other sefarim in this series. Secondly,  it is recommended to learn “Getting to Know Your Soul”  דע את נפשך which deals with the faculties of the soul in their potential form; and then, “Getting to Know Your Feelings” דע את הרגשותיך which both explain the general structure of the abilities in the soul, by showing how the intellect can be built for the purpose of improving one’s character traits. The main purpose of these sefarim is to reach the world of character traits that are within the soul.

Getting to Know Your Self  דע את עצמך stresses that to grow  properly, you must first know who you really are.  This sefer teaches us to see ourselves as pure souls, and not be disheartened by flaws, which are in fact nothing more than superficial “garments” over the soul. Once this awareness is achieved, we learn to feel love toward the rest of the world, and finally, to discover Hashem deep within us.

ARCHIVE original Hebrew shiurim of Getting to Know Your Self

Getting to Know Your Soul  דע את נפשך  begins to explain the general structure of the abilities in the soul, by showing how the intellect can be built for the purpose of improving the character traits. The first part of the book explains the basic elements of fire-wind-water-earth. The second part explains the thirteen basic faculties of the soul.

The Inner Redemption Series דע את גאולתך is parallel to Getting to Know your Soul, with an emphasis on practicality.

ARCHIVE original Hebrew shiurim of Getting to Know Your Soul

Getting to Know Your Feelings דע את הרגשותך continues the exploration into our soul.. We each have seven primary emotions, which can be used either negatively or positively: self-love, self-hatred, pride, stubbornness, admission, connection, and lowliness. We can each uncover the main negative emotion in our lives and attain emotional peace. We can also learn how to access our true emotions, which are the deeper feelings within the layer of our G-dly soul.

ARCHIVE original Hebrew shiurim of Getting to Know Your Feelings

In contrast to the first three sefarim, the series “Getting to Know Your Thoughts” דע את מחשבותיך and “Utilizing Your Knowledege” דע את דעתך explain how one clarifies the character traits at their root, in a fundamental manner. The sefer “Getting to Know Your Imagination” דע את דמיונך explains the bridge between the intellect and the character traits, which is the very concept of medameh, imagination, comparing, resembling. 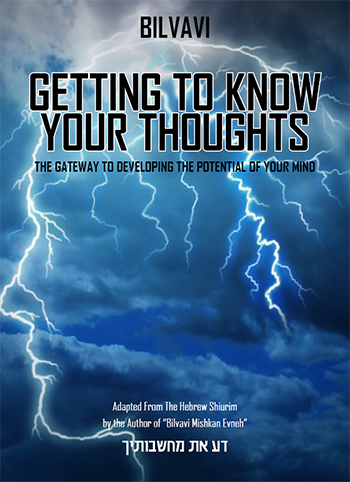 Getting to Know Your Thoughts דע את מחשבותיך discusses the mind – the power of thought. and requires contemplation and patience. While the focus of this sefer is on how to build and develop the power of our machshavah (thought), its greater purpose is to help a person develop the analytical abilities that are necessary to learn Gemara with. Part One focuses on how to build the power of thought, analysis, and decision-making. Part Two which explains more about the difference between thought and imagination – and how imagination needs to be improved.

ARCHIVE Original Hebrew shiurim of Getting to Know Your Thoughts 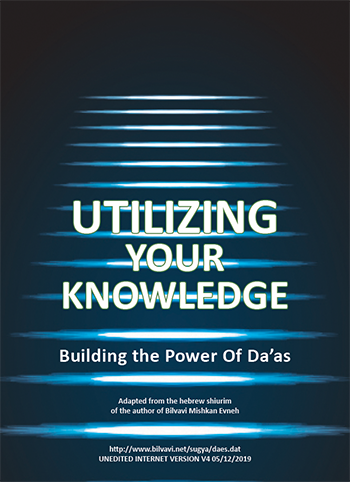 Utilizing Your Knowledge (Da’as)  דע את דעתך  is a cerebral journey into our minds, where we can learn how to develop the power of our mind and increase the strength of our intellect, as part of developing the powers of our soul. It is a sequel to its predecessor, Getting To Know Your Thoughts דע את מחשבותיך. In this series we take an in-depth look at what lays in our power of da’as, how we can have more access to it, beginning from the more basic abilities and then exploring its deeper uses. By understanding the inner workings of da’as, we can greater abilities of sensible decision-making, greater self-control of mind over emotion, strengthened mental abilities, and greater control over the imagination (which links this series with Getting To Know Your Imagination). Getting to Know Your Imagination  דע את דימיונך explains that imagination is at the core of most of the problems in the world. When imagination is leading our lives, we are off-base and not in touch with reality. Imagination fools us all the time and leads us to make all kinds of mistakes. While imagination certainly helps us be creative and fulfill our dreams, it is doing more harm than good, and so we have to work to uproot imagination. We also learn  how we can steer the imagination in a positive direction, as well as how to use it for the purpose that Hashem created it for.

ARCHIVE Original Hebrew shiurim of Getting to Know Your Imagination

Getting To Know Your Inner World דא את יחודך and the Torah Way To Enlightenment דע את נשמתך, which explain the ways of avodah that speak more to the neshamah, a more inner level of the soul. Getting to Know Your Inner World דע את יחודך teaches us how we can reach our true self. As such, it is an actual manual  to navigating through the various parts of one’s soul. The series explains how we can detach from the outer layers of our soul by “wearing” and “removing” our soul layers. By detaching from our soul layers, we are able to reach our very essence as we go deeper and deeper into our soul.

ARCHIVE Original Hebrew shiurim of Getting to Know Your Inner World 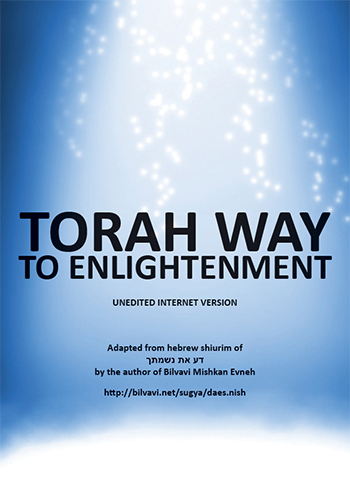 Torah Way to Enlightenment  דע את נשמתך. This sefer is a systematic, deep explanation of hisboddedus. In the introduction to the hebrew sefer, the Rav states “The purpose of this series is not meant to deliberately cause people to become interested in these matters of [hisboddedus]. It is simply coming to give guidance to those who anyhow are involved in hisbodedus. .

We should be clear that we have an avodah in the realm of action, which is through observing halachah. We also have an avodah in the world of middos/character traits, as well as an avodah in our world of seichel/intellect. In addition, there is a personal avodah based on the nature of the neshamah. The Inner Silence Series דע את היתבותך – הכנה ומעשה takes this path. Finally, there is Reaching Your Essence דע את הויתך  which is a guide to help one reach one’s very  essential being. Inner Silence Series | 22 Gateways to Developing Solitude(hisbodedus) “as an ideal path to intimacy with God.” These classes discuss the power of “uniqueness” (“yechidiyus”) residing in a Jew’s soul.The first section describes how to prepare for hisbodedus and the second section advises how to “talk with Hashem.” 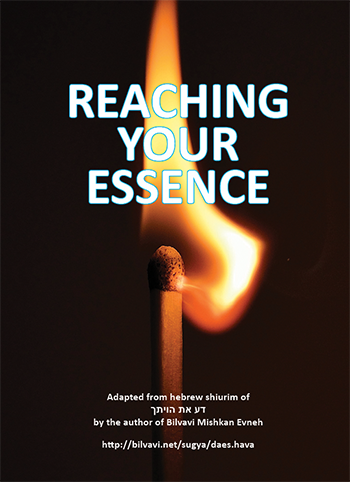 Reaching Your Essence  דע את הויתך explains the essence of Jewish spirituality and how one can access the deepest part of the soul. There are certain types of people who begin their inner work by first trying to reach the havayah point in the soul. This sefer clarify’s the ways to properly connect to the innermost part of the soul.”

Everything else in the “Getting to Know Your” series “סדרה “דע את are essentially the “branches” and “garments” of one’s essence.

In addition, the sefer Getting to Know your Home, applies the principles in the “root” sefarim of this series. Getting to Know Your Home is a collection of drashas on three topics: 1) “returning,” 2) the condition of the Jewish home today and 3) the education of our children. Based on penetrating analysis, insightful observation, the Rav gives easy to implement instruction on raising spiritually and emotionally healthy children.…more 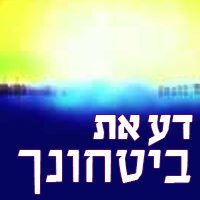 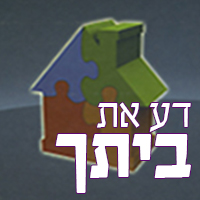 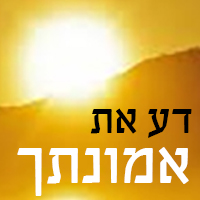 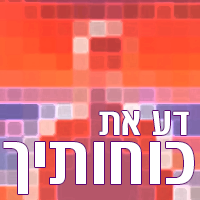 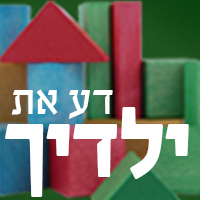 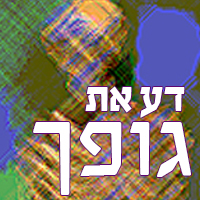 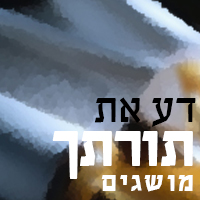